My own simplistic view

Terry L Hardy
I am entitled to have a slightly ‘jaundiced eye’ about photography after more than sixty years of using a camera and having probably taking my first picture in 1938 with  a cardboard contraption and Velox ‘Gaslight’ paper made by my God Father and uncle. How many thousands of images since – pictures and what pleasure.

Photography means, and let us not forget, “Painting with Light”. Yes it means recording an image in a split second using some absolutely extraneous technical and mechanical means. It matters not whether the ‘picture’ originates by a digital or film or paper process – it is the image which has overriding importance. It is the space and the time and the evidence of something that comes to rest in some place for others to see and record and think about that is manifestly of some magical importance.

So, does it matter that the….. ‘light intensity varies inversely with the square of the distance’ ? Does it matter that the …… ‘focal length in some unit times the enlargement divided by the distance in some unit’ …. can help us to derive some factor for the establishment of a speed to set our camera shutter to accurately record a moving image? There is a book somewhere which will tell us so and try to educate us. I very much doubt that Don McCullin had too much time to work on extraneous formulae during the recording of his images of war in all its ghastliness or Cartier Bresson worried too much about working out some formula before recording an image in time, never to be repeated. Robert Doisneau did not, I am fairly sure, care too much about such matters as he recalled the scenes in Les Halles Market at night time. If they had done so then we would be the poorer because the image would have passed within that split second and it would have changed in appearance. And the digital world has not escaped this mania for the irrelevant either. I have noticed that a well known photographic magazine tells me that the light falling on a surface is called illumination and that the relationship between the exposure and exposure time is expressed as E=it. I am so pleased to know that when I am on Waterloo Station mixing with the crowds to capture the anguish on their faces as they see that the homeward bound train is cancelled. And what about the shadows and the highlights and the greyness in between and noticing that he light is going to change unless one gets a mighty move on!
Of course it depends to some extent on the type of photography and the objective in establishing and preserving the ‘happening’ for all time. The great portraitist will leave little or nothing to chance – the sexy glance, the highlight in the yes and on the lips. The ‘table top’ photographer recording for commercialism will get it right and has the time, and the payment beckoning, to do this – but even then so much will depend on experience - and some gadgetry to help to get it as right as possible. The Landscape photographer will assess and observe and work fast or he or she will lose that cloud formation or those sea waves crashing. So experience and personal objective is paramount.

There is so much truth in the simple answer to the question “how do I take better photographs?” answer – “take more”.

Some of the finest images I have seen go straight back to the Pinhole Camera – yes the cardboard box with a hole at the front and some means of holding a sheet or whatever of light sensitive material at the back. No Lens, no shutter, no diaphragm just the operator’s enthusiasm and observation and experience and need.
Of course there is a happy medium and some form of focussing and lens and diaphragm and shutter are obviously needed as a basic requirement and oh yes, a box to contain it all. “Ah, a box camera” did I hear you say? What no mega pixels, no ultra fast f  this or that and no high shutter speeds and no brass knobs or strutty bits for the rising and cross frontage devices?

But then there is another form of photography the sheer pleasure of playing with and handling a camera. If the camera is from bygone days there is the question of who held it, what did it capture? Did it rest in someone’s pocket as he climbed over the trenches in the Somme or did it fall in the sand as couples ‘played’ with much vigour on the beach or get forgotten at the picnic? So there are the collectors and the enthusiasts “this had a Zeiss coupled ‘thingimybob’ with a bi-convoluted toggle switch and it was made in 1902.”

Of course much depends on the objective and recording. Capturing life on the streets is certainly a very different prospect to attempting to make a banana look absolutely exquisite as it nestles on a plate of something for a magazine advertising exotic underwear. So it is certainly a case of ‘horses for courses’ and choosing the tools for the task and satisfying the customer. 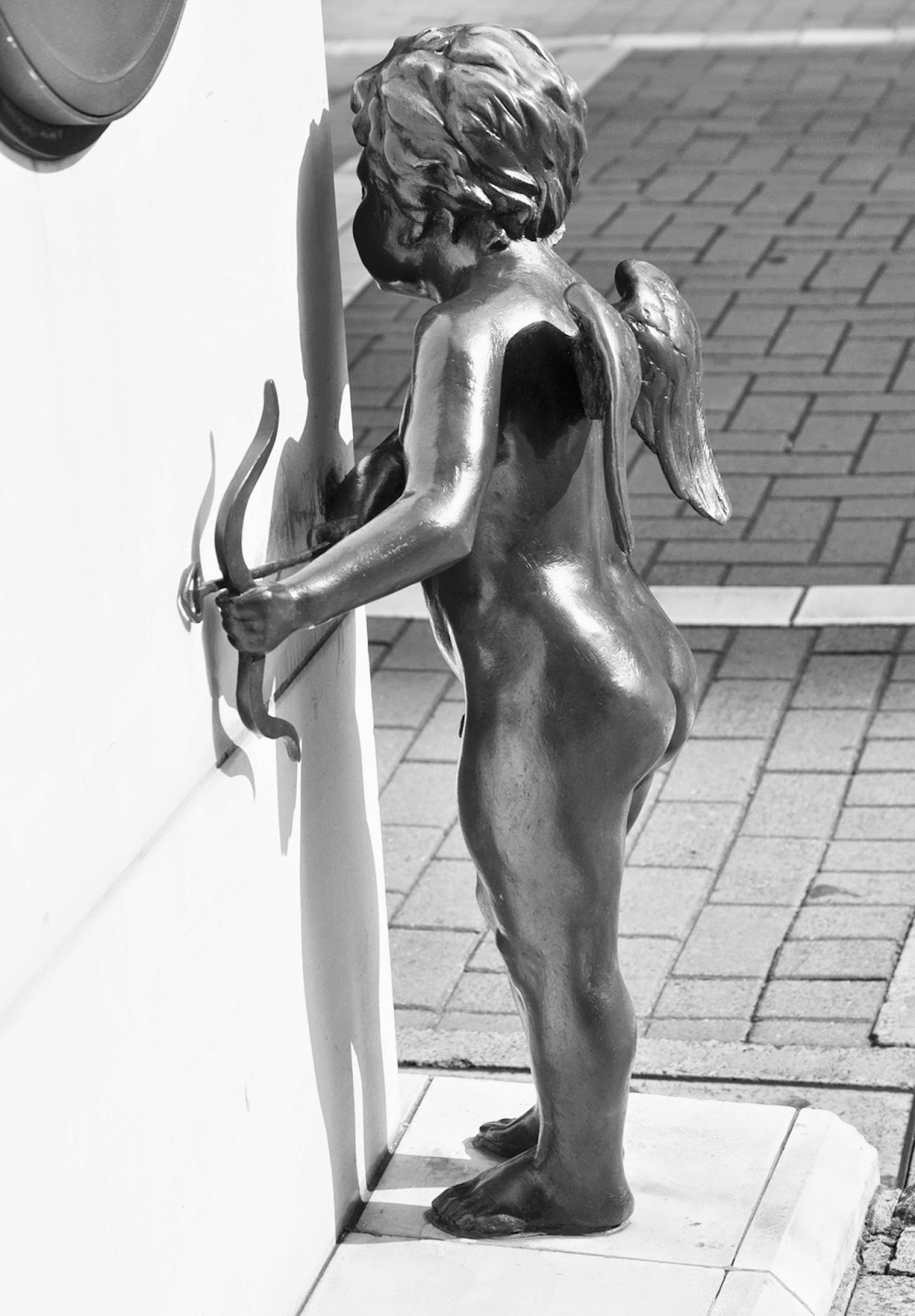 Out and about photography, now called Street Photography, cries out for simplicity. Avoid flash like the plague and tripods are for tripping over; lens changing takes time. Eyes must be ever on the move and a degree of forward thinking is a must. “That individual must surely cross the road at that point over there – so I will position myself.” “Quick, that bus is coming and will obscure the very idea I want to capture in my ‘box’. ” “Why is that old lady sitting on a box cutting her toenails ? – she will go in a few moments”. That building is going to be torn down next week. Awareness is vital and some idea of just what may be where and preparedness for the unexpected around the next corner.

If at all possible every picture should tell a story. This is a fundamental whether catching the unforgettable of Aunt Meg wearing that ridiculous hat or the smoke and dust milliseconds after that explosion. But it is not always possible to be in a position or to think out the story before pressing the shutter – but some planning is essential.

What happened to the phrase and description of photography being an art form?

Seeing an enticing image in the first place is an art in itself but for those in the fortunate position of having a wet darkroom …. this is where the art truly takes place.
The pleasure of watching an image slowly appear on a sheet of chosen sensitive paper in the dish of D163, or whatever, is inestimable. Here the art really begins. A touch more exposure, next time try tilting the base of the enlarger a scrap, use the piece of cardboard stuck to the knitting needle with Plasticine and wave it with loving care under the lens to decrease the exposure …. just here…. take the wet print and use a little … just a little … ferri-cyanide on that highlight. Then the drying and glazing and trimming and the framing. Then and only then do we have a piece of art unique to itself and to the artist. All made with that rather special paint brush called a camera and the happening of a bit of light – and  luck.