What Do You Call A Group Of Artists? 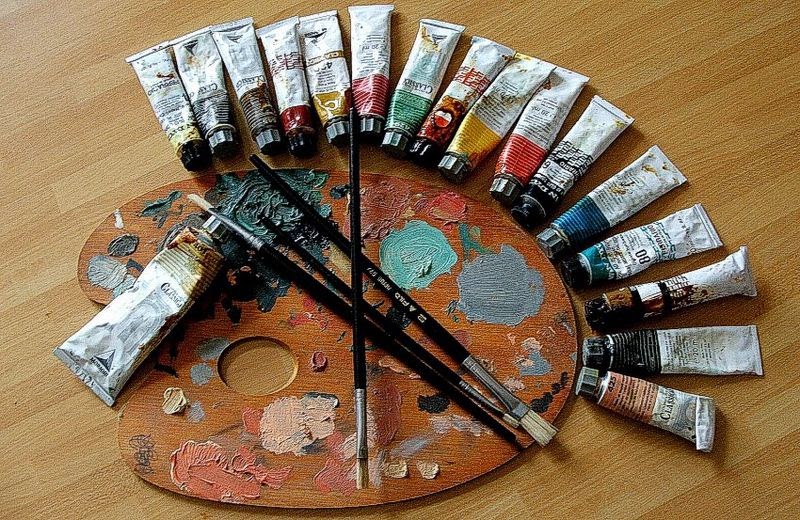 There are many new reasons to get involved in the art scene locally in Dorset. There are plenty of new initiatives and there are studios popping up and there are new artists forums.
Despite my worry about apathy and artists being reluctant to engage I have spoken to an artist from a different area that has a thriving artist community. They meet regularly and also collaborate to put on exhibitions together.

It can happen! What are they doing right? I want to know their secret as I would love to be part of an artist community.
There are so many art groups locally that for such a small place it is ridiculous. The Life Drawing Group, The Watercolour Group, The Art Club, The Art Society, Purbeck Arts Club, The Purbeck Collective, Purbeck Arts Weeks, Dorset Arts Weeks to name but a few.

I apologise now if I missed any groups out, in fact I am fairly certain that I have. Why is it quite so disjointed? Is it amateurs vs professionals? No! I know that it isn't. Traditional vs Contemporary? Nope not that either. Old vs young? Not sure that means much either. Whatever it is, it seems that rather than embracing our differences they are used to form numerous splinter groups.

I dream of a world when the only concern of the enthusiastic novice, the gifted amateur,  or the established professional were united in the single cause of putting art under the noses of anyone willing to look at it. Imagine what could be learned if artists from different backgrounds spread their combined wealth of experience with each other. If there was a meaningful way for young people to get more involved with the local art scene.
That was a bit tongue in cheek but the truth is that we are in danger of having a very watered down experience of the local art scene unnecessarily so.


One of the biggest truths that I learnt as a teacher was that I learned as much from students as they learned from me. Did they teach me about art? Yes, in a way they did. Their uncluttered and more naive approach allowed me to appreciate art in a completely different and more honest way, that was not reliant on my knowledge of art history.

I have some questions. How do you become a better artist?  What are the benefits of being part of an art group? Do you want to do more than just be a member of a group?

I just want to get to the bottom of why there are quite so many groups who all ultimately have the same aim? I would like to see more cross pollination and less exclusivity.

But ultimately what do I know? I just ask a lot of questions that mostly no one answers. Have no fear I will continue to ask them.

On another note, entries are coming in thick and fast for the Words Work Exhibition it is still not too late to get involved. Just get in touch.
Posted by SLJ Art @ L'Artishe at 11:46