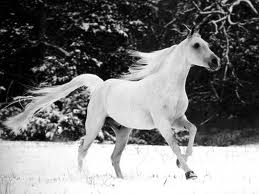 Much later than planned I can fill you in on the gossip. First things first though.....I often feel that life is a series of random events that sometimes appear organised more due to luck than good management. Today was no exception. I woke up the first time at 8.00 with a headache and thought one more hour would make it go away. I was wrong two Nurofen were to take the credit. More importantly after taking them, I realised that the rain which has been falling for what seems like an eternity had stopped. Way before the Nurofen kicked in I had to get a bloody move on as I had my front doors to paint whilst the rain wasn't falling. A coffee, a biscuit and a shower later I was jogging down the road in my thermals (plus other proper clothes). By the time I reached the gallery I think I had generated my own personal clothing sauna. It was not special. But no time to be hot and bothered there were two doors in urgent need of undercoat. I shed some layers and started painting at a leisurely pace, with one eye on the brooding sky. I had painted less than a 1/16th of the first door when the brooding sky looked like it was going to throw a huge rain tantrum. I then had to paint like a woman possessed. I slapped it on the wood I slapped on the glass I just wanted to seal them from the impending rain. Many and I mean many, men walked past whilst I was doing this and I could tell by the look in their eye that they were thinking 'Good God what is she doing?'. One man even stopped shook his head before shuffling off. Luck was on my side, the rain didn't come and the doors were sealed albeit shoddily at first. If you're wondering, which you are probably not I went from boiling to freezing in approximately one hour and thirty seven minutes. It took me two and a half hours to paint the doors.

Then the IKEA hour(s) began. I bought so much assemble it yourself stuff that all I needed was an assemble it yourself person to assemble it all for you. When are the snazzy IKEA designers going to package one of those?  Far too late for me I fear.
I then managed to do bad ferry maths. I arranged to pick up art work tonight from two incredibly talented artists. I have had no reason to get the ferry so my ferry maths was all wrong. I left the house at 4.50 and expected to be in Sandbanks at 4.50??? Yep it's true. I needed to leave at 4.30 to be in Sandbanks at 4.50. The Basement Jaxx song springs to mind 'Where's your head at?' So I was running late. Luckily Mark was cool and it all worked out. He took me to his house and introduced me to his babies (paintings). All I can say is Wow! They are great and I'm very excited about hanging them in the gallery. I had to hot foot it from there to Christchurch to get the work of Andrew Piesley. This was very exciting as I knew he had work that I would like as I'd had a sneak preview. The jpegs do not do them justice, what an amazing body of work he has amassed. Those of you who know me will know why I chose the paintings that I did. It was nice to catch up with Andrew and Liz as I haven't seen them in a while.
Now to my journey home.....all was going fine for nearly the whole way home until I saw hazard lights on the horizon. We stopped the car and got out to see what was going on, it was only a white horse who had developed a passion for the middle of the road. In the pouring rain we tried to cajole it back from whence it came. Oh no this horse was not for turning. An hour later in heavy rain, we were still trying to get it to go home, having near death experiences ourselves as cars came hurtling towards us whilst we tried to stop the horse from running out in front of the cars. All this with a car full of paintings to unload at the gallery before even heading home. A guardian angel sent us a woman with a bridle and a way with horses and a manky apple. That was a winning combination and the horse was led calmly away home. I've written a long 'un (sic) today to make up for lack of blog for last couple of days.
I'm hanging tomorrow so this may well be.......just kidding. Arnie said it best 'I'll be back!'.