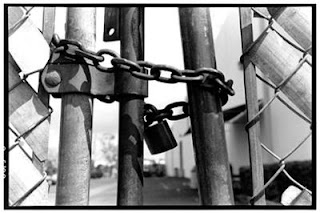 I have a lot to get through today so I am going to keep it short but sweet. Ok, there was more gallery news yesterday but life so got in the way of telling you.
I went to the gallery to do a few 'Quick' jobs and half an hour later I found myself still standing on the pavement outside. Why was I doing that I hear you ask yourself? Because my new doors had swollen in the rain and made the lock go queer. Several frantic phone calls to Matt later he arrived like a Knight in filthy building clothes and saved the day. He managed to squeeze his 'big ass' man hand through the letter box and with a tool that was made out of necessity and what was in the boot of his car he managed to get us in.
I had visions of huge expense and breaking in to my new doors but no all was saved. So thanks for that Matt.
He has now rectified the problem and I let myself in with the minimum of fuss and in record time.
I have braved this inclement weather we've been having, rain, rain, rain with just a splash of rain added for good measure. I've posted a few more invites and also done some unpacking of the goodies that have been arriving all week.
I also started to put the 3D work out. it does look fantastic if I do say so myself.
I have to visit Ikea again as it is now time to buy the last few bit for the gallery. I am going to be doing that this weekend.
I must dash as I'm off to get my haircut. Have a great weekend.
Posted by SLJ Art @ L'Artishe at 03:41